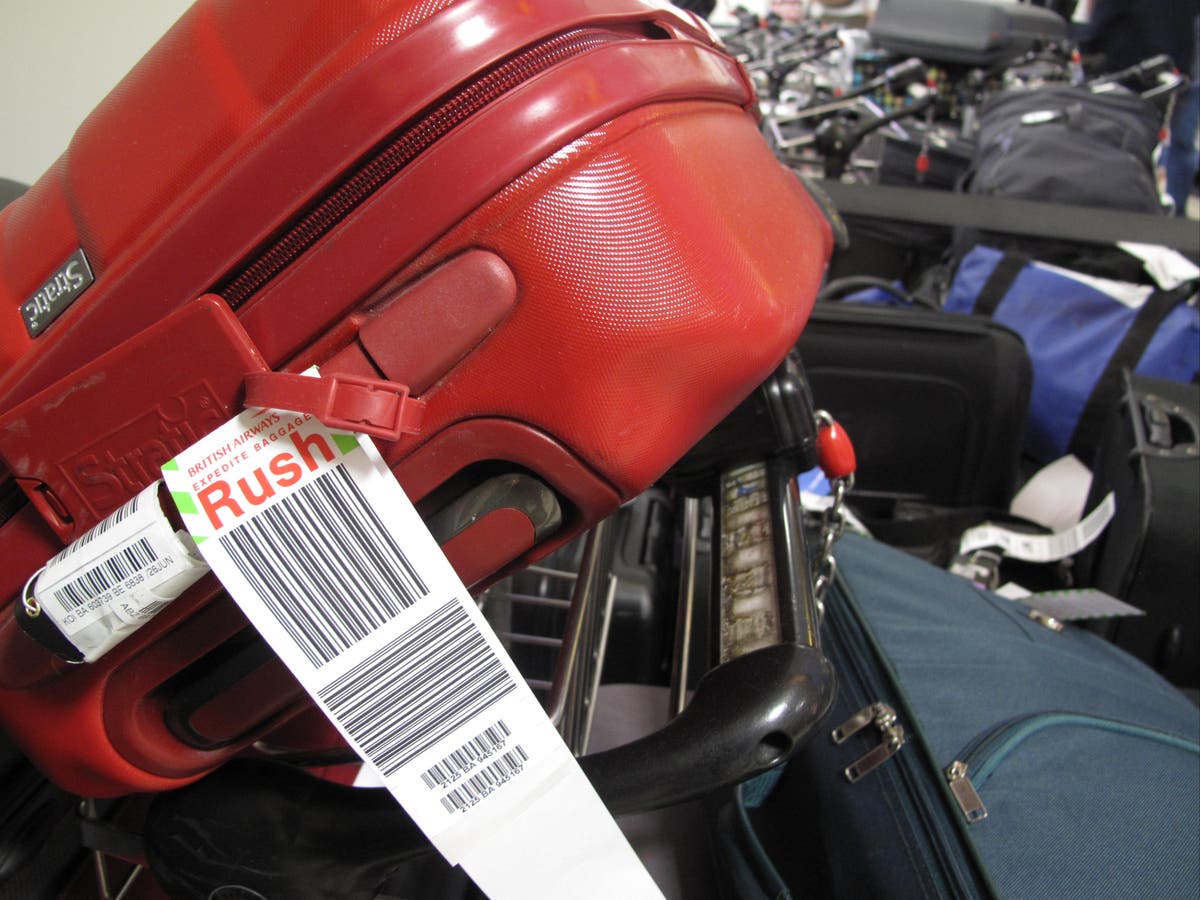 Shouldn’t airlines pay a fixed fine for the loss of passengers’ luggage?

“My daughter just had an entire vacation with no luggage,” writes one understandably annoyed reader.

“The airline will only compensate for a few T-shirts she bought while she waited in vain. Yet her entire holiday was ruined.

“Surely there should be a fixed penalty for lost baggage?” »

Across the country, thousands more will claim the same. Because the current situation is absurd.

When European rules on air passenger rights were created 18 years ago, parliamentarians in Brussels and Strasbourg deliberately bet on deterrence. An important element of Regulation 261/2004 was compensation; passenger payments were deliberately high to encourage airlines to reduce the number of overbooked and canceled flights.

If a standard mid-range flight in Europe using a 180-seat Airbus A320 is canceled or delayed by (quite arbitrarily) three hours or more, the theoretical financial damage to the airline in cash payments to passengers amounts to 63 £000 – assuming everyone claims, which they never do.

The European Parliament’s shrewd plan was this: make the penalties tough enough and the airlines will operate their schedules as planned. Take my word for it: airlines still want to operate their schedule as planned, and they already have plenty of financial incentives to do so. Missing curfews at airports, reputational damage and crews “out of hours”, thus requiring hotels for them and all passengers, can prove very costly. But the EU still imposed the rules.

Yet pro-consumer legislation has little to say on the baggage issue, other than to point out that the Montreal Convention on Aviation includes rules providing for the payment of compensation of up to £1,000 if a piece of luggage is definitely lost.

A much more common situation, however, is overlooked: bags left at the departure airport or sent to a random location on the other side of the planet to be reunited with their owner several days later.

Baggage mishandling is already costing airlines dearly. Paying for the purchase of essentials (T-shirts, toiletries) and delivering luggage to passengers’ homes can cost more than the original ticket price.

Going back to the (missing) case of the reader’s daughter: I imagine spending the holidays without her luggage was far more annoying than a three-hour flight delay would have been, but she is entitled to zero compensation for the first and a payment of £350. for the last.

The current muddle of EU rules (which the UK basically adopted for international flights after Brexit) may even have the unintended consequence of tempting airlines to leave their luggage behind.

Let’s say a flight is two and a half hours late and ground handling issues mean it will take at least 30 minutes longer to load everyone’s luggage. Financially, the airline will take the least damage by not hanging around and taking off with only half the luggage on board – although most passengers would gladly wait an extra hour if it meant having their belongings.

Since Brexit, the UK government has been able to reform passenger rights rules. Ministers have chosen to moderate the amount of compensation for domestic flight delays and cancellations, which I consider a sensible decision. They could also have tackled the baggage issues, but chose not to.

I hope pressure from the pro-consumer transport select committee will persuade the government to reconsider – and prescribe payments for passengers who are separated from their luggage.

At the same time, it would be good to see something addressed about the dreadful situation where passengers land as scheduled to wait many hours for their luggage. A three-hour wait for luggage at Manchester or Luton airport is just as annoying as a three-hour delay from Palma, and compensation should take this into account.

Ideally, of course, we should all carry only hand luggage: less harmful for the planet, less stressful for humanity.