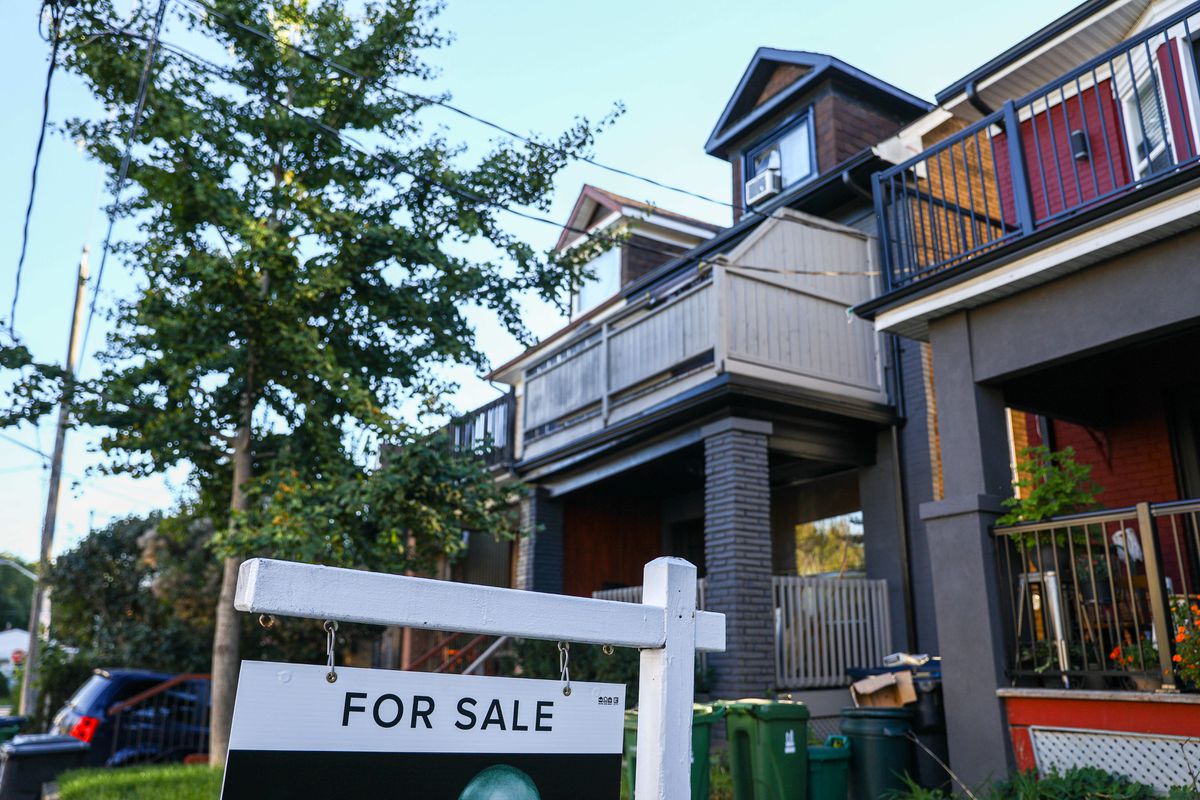 If you think about today’s near-record consumer debt and the near-record pace of rate hikes, one thing is clear. Borrowers are trapped in one of the most grueling rate hike cycles in Canadian history.

Yet, based on their selection of durations, mortgage buyers increasingly believe that runaway rate hikes will reverse within 12 to 24 months.

Statistics Canada data shows that the percentage of borrowers choosing one-year and two-year fixed rates has more than doubled this year.

At the last count in August, nearly one in five borrowers (19%) chose a one-year or two-year fixed term. That’s up from just 8% a year ago.

Clearly, fewer and fewer people want to commit long-term at unappetizing rates like 5.25%, which is 200 basis points above the 15-year average of five-year fixed and variable rates. . (There are 100 basis points, or bps, in a percentage point.)

More and more, people want to play the game of “shorting and refinancing”. In other words, commit to a short-term rate so they can reset lower in 2023 or 2024.

Assuming the 2023 recession wipes out excess economic demand and we no longer have inflationary shocks, this strategy should work (note the word “should”).

Your average Federal Reserve rate hike cycle has been 21 months since the Fed began targeting the federal funds rate in 1982, according to Chatham Financial.

The Fed’s maximum in-cycle hike during this period was 425 basis points. This time around, it will likely rise much more – 500 to 525 basis points, depending on ever-changing expectations in futures markets.

A fed funds rate somewhere in the 5% range should be enough to bring inflation down towards the 2% target.

Why make it short?

The one-year and two-year fixed rates allow the borrower to avoid any risk of rate increases during these periods. This contrasts with variable rates, which are almost certain to rise another 50 basis points or more.

Now move forward 12 to 24 months. If bond yields then fall significantly – which they typically do when they begin to price in central bank rate cuts – people opting for short-term fixed rates today will be able to switch to fixed rates. significantly cheaper.

It all sounds good on paper, and that’s exactly how yours truly would play it – assuming I get a mortgage today.

But I am not you. Everyone’s circumstances and comfort level are different.

The important point to remember is that managing risk is always task #1. The best-laid plans often go astray, and as we heard from Fed Chairman Jerome Powell on Wednesday, central banks are more likely to overtighten than not to overtighten.

On top of that, a number of unknowns could cause inflation to stay stickier for longer.

And I would be remiss if I didn’t mention the grandfather of all cycles of surprise rate hikes: 1978 to 1981. Back then, in 1978, the markets thought they had inflation under control. Rates then doubled in 26 months and nearly tripled in 42 months. This is clearly a historically exceptional but painful case.

Given the above risks, fixed-year gambling is not suitable for most, especially those without significant financial safety nets. Well-qualified borrowers who want to be more sure of weathering this storm should instead opt for at least a fixed two-year term.

If inflation continues and the Fed and Bank of Canada need to raise rates, this two-year term provides an additional year of rate protection.

Also choose a lender with fair prepayment penalties, if possible. That way, if rates drop by the end of next year (not a prediction), you can break the mortgage to refinance sooner, with only a three-month interest penalty.

Whatever happens, remember that no one can accurately synchronize mortgage rates. Relying on market expectations and history for your rates strategy is fraught with pitfalls. But at least we know one thing: Canadians can’t tolerate mortgage rates between 6% and 7% for long. That means there’s a rate limit, and we’re not that far off. This cycle of rising rates will therefore end – most likely in months or quarters, not years.

Five-year mortgage funding costs — those tied to the bond market — have fallen more than 40 basis points over the past nine trading days.

As a result, smaller lenders began to cut five-year fixed rates by 10 to 20 basis points. So far, no major bank has moved. And based on last summer — when five-year yields plunged 100 basis points without any significant bank rate cuts — I wouldn’t expect serious fixed rate cuts from the big banks in the short term. term.

The rates shown in the attached chart are as of Wednesday from providers that advertise rates online and lend in at least nine provinces. Insured rates apply to those buying with less than 20% down payment or those transferring a pre-existing insured mortgage to a new lender. Uninsured rates apply to refinances and purchases over $1 million and may include applicable lender rate premiums. For providers whose rates vary by province, their highest rate is shown.

Robert McLister is an interest rate analyst, mortgage strategist and editor of MortgageLogic.news. You can follow him on Twitter at @RobMcLister.

The housing shortage in southern Utah continues to tighten. Can it be repaired?