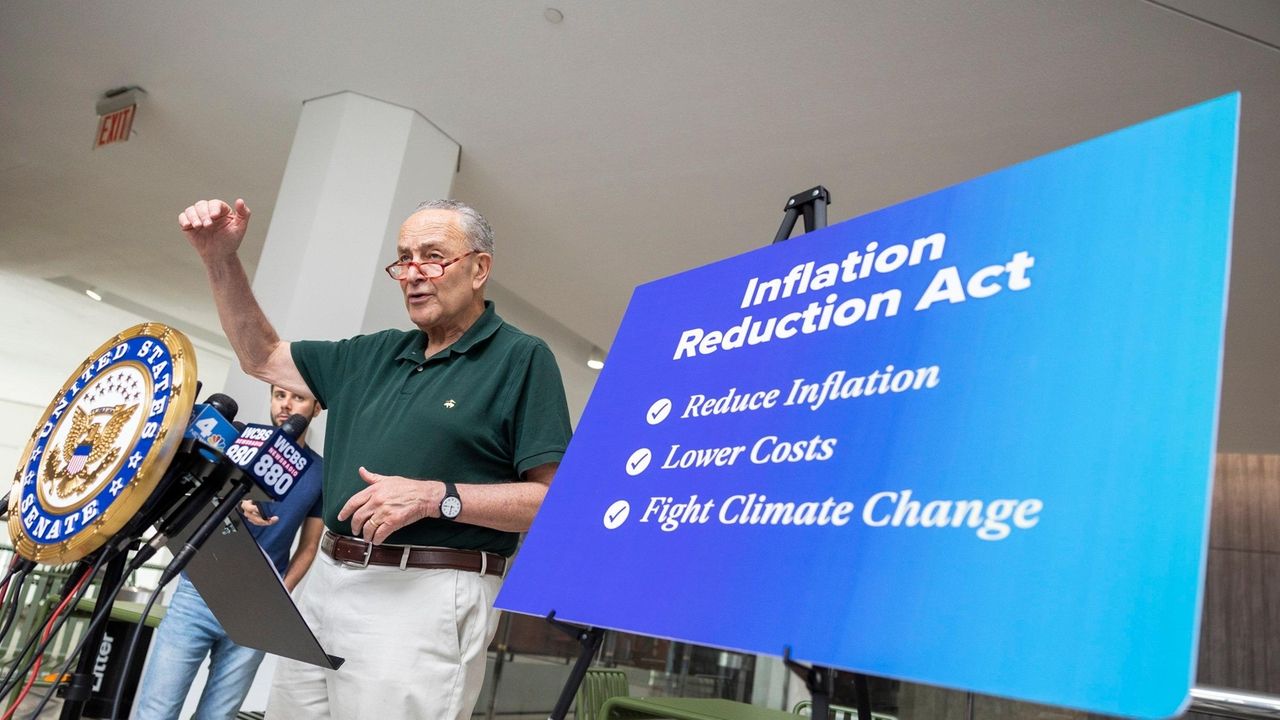 Climate deal, a $370 billion down payment on our future

The Inflation Reduction Act is poised to become a landmark investment in addressing our enormous climate challenges. The bill includes a $370 billion down payment on our future, the highest amount the nation has ever spent on climate action.

The bill, which passed the Senate and House without Republican support, funds essential building blocks to bring the country to a 100% renewable grid, reduce our carbon emissions and avoid the worst disasters of a warming world, strengthening America’s hand when extracting climate promises from other nations.

President Joe Biden is expected to quickly sign the landmark bill into law.

The massive IRA legislation also aims to cut prescription drug costs and raise business taxes to reduce the federal deficit. But accelerating the nation’s transition to green energy has been so lacking in the halls of Congress and yet so urgent that the provisions on the table here are not only needed but overdue:

Senate Majority Leader Chuck Schumer deserves credit for spearheading this package. His work is not finished. Long Islanders still need SALT relief from high taxes, and Schumer and the rest of the delegation must make sure the IRA’s climate dollars get to New York.

The bill includes some concessions, like opening federal acreage to oil and gas development, but the bigger picture is what’s at stake: Multiple outside analyzes estimate the legislation would reduce emissions by about 40 % below 2005 levels by 2030.

Long Island, bound by water and already familiar with the fury of hurricanes and flooding from severe storms like Sandy, is a testing ground for the importance of climate action. A major step begins now.

EDITORIAL BOARD MEMBERS are experienced journalists who offer reasoned, fact-based opinions to encourage informed debate on the issues facing our community.

Editorial board members are experienced journalists who offer reasoned, fact-based advice to encourage informed debate on the issues facing our community.