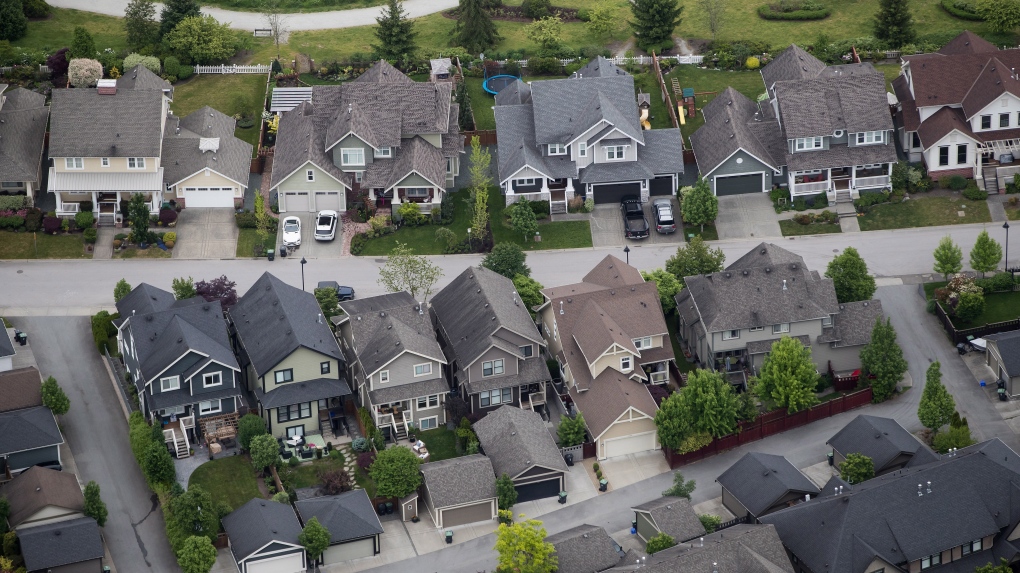 Canadian mortgages: should you get a variable or fixed rate?


With the Bank of Canada expected to continue raising its key interest rate through 2023, experts expect the spread between fixed and variable mortgage rates to narrow. If you’re looking for a mortgage, here are some tips on what to consider when deciding which type to get.


Variable rate mortgages have an interest rate that can fluctuate with the Bank of Canada’s overnight rate. Fixed-rate mortgages, which are priced based on bond yields, allow borrowers to pay the same interest rate for the life of their loan.


“The gap really varies [based on] the business cycle, so it’s no surprise that at times it’s narrowing and then at times it’s widening,” Royal Bank of Canada senior economist Robert Hogue told CTVNews.ca in a phone interview on Tuesday. “Just a year and a half or two years ago, the variable and the five-year fixed [rates] were about the same, then the gap had widened considerably and now it is narrowing again.


Mark Ostland, director of mobile experience at Meridian Credit Union, says people with variable-rate mortgages will see their monthly interest payments increase as soon as the Bank of Canada’s rate hike takes effect. As of May 31, Meridian Credit Union’s rate for a five-year variable mortgage was 2.6%. A 0.5% increase on a $600,000 mortgage would increase monthly interest payments by about $170, Ostland said.


Canada’s central bank raised its key rate by 0.5% in mid-April, in a bid to quell inflation with the biggest increase in more than 20 years. According to Statistics Canada, the country’s inflation rate reached 6.8% last month, its highest level in more than 30 years. The Bank of Canada has said its goal is to keep inflation down between one and three percent.


As the gap between fixed and variable mortgage rates narrows, experts are hesitant to recommend one over the other.


“The data shows that over the long term, variable rates [produce] the lowest overall rate over a long period,” he said. “[You’re] going to have hills and valleys. Right now we’re in the hill…but over the last 30 years we can definitely see the valleys too.


Still, Ian Lee, an associate professor at Carleton University’s Sprott School of Business, expects the Bank of Canada to continue raising its key interest rate to over 3% by the end of 2023. Therefore, he said it might be worth considering a fixed-rate mortgage, as holders are protected from any rate hikes until their mortgage is up for renewal.


“If anyone thinks rates are going up, that’s the index to correct,” Lee told CTVNews.ca on Tuesday in a phone interview. “Because then you lock yourself away [and] it will not increase for you even if the general rates increase.


Ultimately, Hogue, Lee and Ostland all say that the decision to choose one type of mortgage over another comes down to individual risk appetite. Those who would prefer to be more comfortable knowing how much their principal and interest mortgage payments will be each month would be advised to opt for a


“If you like to gamble and speculate, well, stay variable,” Lee said. “If you are more fiscally conservative [and] don’t want to be hit with surprises, so lock yourself in.


IMPACT ON THE CANADIAN HOUSING MARKET


With several interest rate hikes expected from the Bank of Canada, Hogue said he recognizes some borrowers may be worried about whether they’ll be able to meet their debt obligations. That can be especially difficult given the current high inflation environment, with the rising cost of groceries, gasoline and other items, Ostland said.


“This is in no way good for the individual mortgage holder – it all just adds to the interest portion of their [mortgage] payment so they don’t repay the principal,” Ostland said. “It’s a huge disadvantage.”


Still, Hogue doesn’t expect most Canadians to default on their mortgage obligations as rates rise, he said. Part of the reason is the stress test that Canadian homebuyers must pass before getting a mortgage. To qualify for a mortgage, borrowers must demonstrate that they are able to pay interest up to 2% above their mortgage contract rate, or 5.25%, the one who is the highest.


“This is where the stress test comes in really handy because borrowers…have been tested for this type of situation, this very sudden [and] rapidly surging rates,” he said. “So the vast majority of mortgage holders should be able to afford higher rates.”


Rising interest rates should also continue to cool the hot Canadian housing market. Market activity showed signs of slowing in April, with fewer homes sold compared to the previous month. The average price of a home in Canada also fell, from $796,068 in March to $746,146 in April, according to the Canadian Real Estate Association. These prices are not seasonally adjusted and represent an aggregate of all residential property types.


As interest rates rise, home prices are expected to decline across Canada in the coming months, Hogue said.


“We believe this will cool housing demand after being extremely hot in the summer of 2020,” he said. “That, in turn, will help rebalance markets and drive prices lower.”


Falling home prices have already led to cases of buyer’s remorse in the market, with some buyers worried they may have overpaid for a newly purchased property that is now falling in value. Ultimately, Ostland said, this will result in home prices that are more reflective of a property’s true value.


“Let’s say you went to the store and there’s an item on the shelf and 10 of you want it, you get caught up in this one-upmanship frenzy,” he said. “Cooling now reflects the true value of a home, not an inflated value based on outside economic factors.”


A drop in house prices is ultimately a good thing, Lee said.


“Young people and immigrants have been progressively eliminated from the market in Canada because of this extraordinary, unprecedented and I believe unjustified increase [in home prices] over the past two, three years,” Lee said. “If we want to make housing affordable for [these groups]then we have to accept that the market has to relax and reverse some of the huge increase that has occurred.


“I don’t see any other solution…to high house prices.”


To prepare for future increases, Hogue advises Canadians to stay informed of market activity and speak to mortgage specialists for advice. He also recommends being careful with spending and cutting back on discretionary spending if necessary to keep up with monthly payments.


“Be very aware, from a fiscal perspective, that you may face higher interest rates down the road,” Hogue said.


Ostland also recommends that Canadians consider adding conditions to their offers, such as home inspection. With homes likely to receive fewer offers than a few months ago, sellers may be more willing to accept terms when deciding which offer to accept, he said. It’s also worth considering replacing existing variable-rate mortgages with fixed-rate mortgages, Ostland said.


“[With] a lot of variable lenders, you can convert your variable to fixed at any time,” he said. “The rates are higher, but it can give you the fixed payment you’re looking for and ultimately that peace of mind.”


Hogue said he expects another 50 basis point interest rate hike in July, followed by two more 25 basis point increases before the end of 2022. At this point, he said, the bank will likely pause rate hikes to assess the situation and determine the impact of these increases on inflation levels in Canada before making a decision on how to proceed.


With files from Reuters and The Canadian Press.