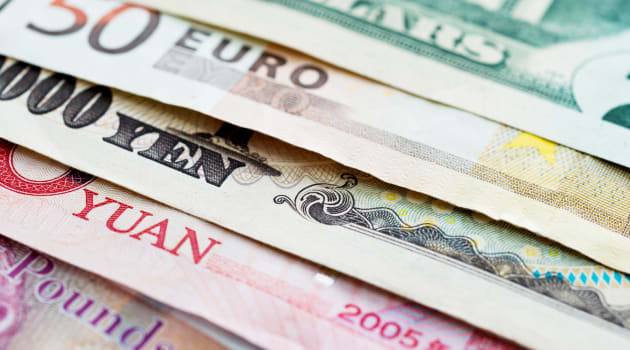 Foreign currency term deposit accounts allow consumers to convert Singapore dollars or SGD into units of foreign currency, which are then deposited for a specified period, earning interest at a pre-determined rate.

These interest rates offered by the bank depend on the duration of the deposit, as well as the amount of funds deposited. In most cases, longer terms and higher deposit amounts will earn you the best interest rates on fixed deposits.

When the deposit term ends, the deposited funds are converted back into SGD at the prevailing exchange rate.

Surprisingly, different banks offer different interest rates for the same countries. For example, one bank may offer 0.78% interest per annum on deposits of AUD 10,000 over six months, while another may offer 1.7% per annum.

In most cases, banks require a minimum deposit, usually expressed in units of foreign currency. Requirements are usually between 5,000 and 10,000 units. However, some countries tend to have higher specific requirements. For example, JPY (Japan) and CHN (China) often have minimum deposit requirements of 250,000+ units.

The final amount earned on a foreign currency term deposit is highly dependent on four factors: the amount invested, the exchange rate, the interest rate offered by the bank and the term of the deposit.

To begin with, consumers need to decide how much they want to invest in terms of foreign currency units. This determines the amount paid in terms of SGD, based on the prevailing exchange rate.

For example, choosing to invest 10,000 USD would require a payment of 13,800 SGD if the exchange rate is 1.38 (1 USD = 1.38 SGD). This initial exchange rate is very important, as it determines whether consumers will gain or lose money when their deposit matures, and the funds are converted back into SGD.

Other key elements are interest rate, deposit size and term. In fact, the duration of tenure and the size of deposits determine the values ​​of interest rates. Longer terms and larger deposits are often associated with higher and better interest rates.

In fact, some banks, like UOB, tend to only offer interest rates for long terms and large deposits for certain currencies, including AUD and GBP. Interest rates can vary from as little as 0.05% per year to almost 3% per year, depending on the bank and the currency.

Finally, at the end of the deposit term, the foreign currency units are converted back to SGD at the prevailing exchange rate. Here, the value of the fixed deposit is determined.

While fixed deposits will always earn interest, this income can be completely wiped out if the final exchange rate is lower than the initial exchange rate. In other words, if the foreign currency of the deposit becomes proportionately weaker than the SGD during its tenure, the value of the deposit will become less than the amount invested when converted back into SGD, resulting in a real loss to the consumer.

On the other hand, if the exchange rate remains constant or increases, the consumer can significantly increase his income.

On the other hand, if the exchange rate remains constant or increases, consumers can significantly increase their income.

Ultimately, exchange rate variability introduces an element of risk to foreign currency term deposits. Nevertheless, there is a greater probability of gain than loss, as the inherent interest rates reinforce the final profits. In fact, the final amount gained by an increase in the exchange rate would be greater than the corresponding loss from a decrease of the same magnitude.

Impact of exchange rates on interest rates offered by banks

In fact, most Singaporean banks offer 0% interest on term deposits in Euros, JPY (Japanese Yen) and CHF (Swiss Francs). In this case, the banks simply convert the SGD into foreign currency, and after a specified period, it is converted back. If these currencies strengthen during this period, the consumer still earns money, even without an interest rate.

As noted, there is an obvious risk for term deposits in foreign currencies. Unlike SGD term deposits, they can potentially lose money. Consumers can also lose interest and potentially face penalty charges if they withdraw their funds before the deposit term ends.

Nevertheless, the potential gains outweigh the potential losses for these types of accounts, as long as the deposit comes with an interest rate. Opting for a “safer” currency also decreases the probability of loss.

Additionally, account holders can often extend or renew their deposit, so there is no need to convert the currency back to SGD if the exchange rate is currently low. Overall, a fixed foreign currency deposit is a great option if you’re looking for a low-maintenance way and are willing to take a little risk.

Send your scoops to [email protected]