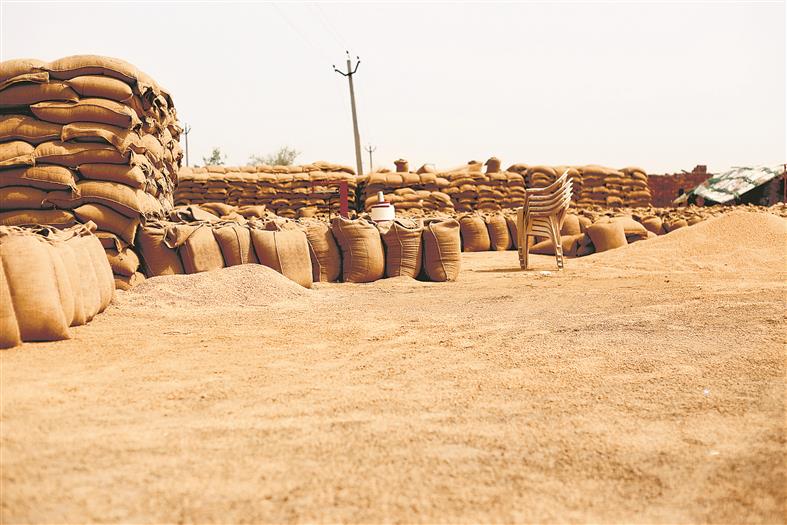 The government is racing against time to get its dues of Rs 1,300 crore released from the Center ahead of the state’s Cash Credit Limit (CCL) of Rs 24,600 crore for the just ended rabi marketing season .

The Center owes the state Rs 1,300 crore to settle the account which will make the state eligible for the next CCL for the upcoming paddy season. If the CCL for wheat remains pending by the end of this month, the state will not be able to obtain the CCL for paddy which will be harvested in September.

With this appeal, the state government repeatedly knocked on the door of the Union Department of Consumer Food and Public Distribution. The decision to withhold state dues comes after the Center refused to pay the Rural Development Fund to the state, claimed as a statutory charge by the state for the purchase of food grains for the Centre. The state was only allowed to charge one percent RDF while two percent was withheld by the Center resulting in the state losing Rs 1,720 crore as RDF for the paddy season 2020 and for wheat season 2021.

Many members of Congress in power as well as the government believe the two issues are directly related to the current agitation by farmers against the Three Central Farm Bills.

Sources told The Tribune that the Center withheld Rs 1,300 crore, saying the direct transfer from MSP for wheat to farmers was not flawless. The commission paid to the hundreds of thousands of agents on commission was also not approved by the Center, although the state government has already paid this commission to the agents.

What is a credit limit? | Credit card

How to get an Apple card credit limit increase